Brief Description: Students will make cause and effect connections between World War I and World War II.

Know Before You Start: Students should have an understanding of the events and ultimate outcome of World War I. 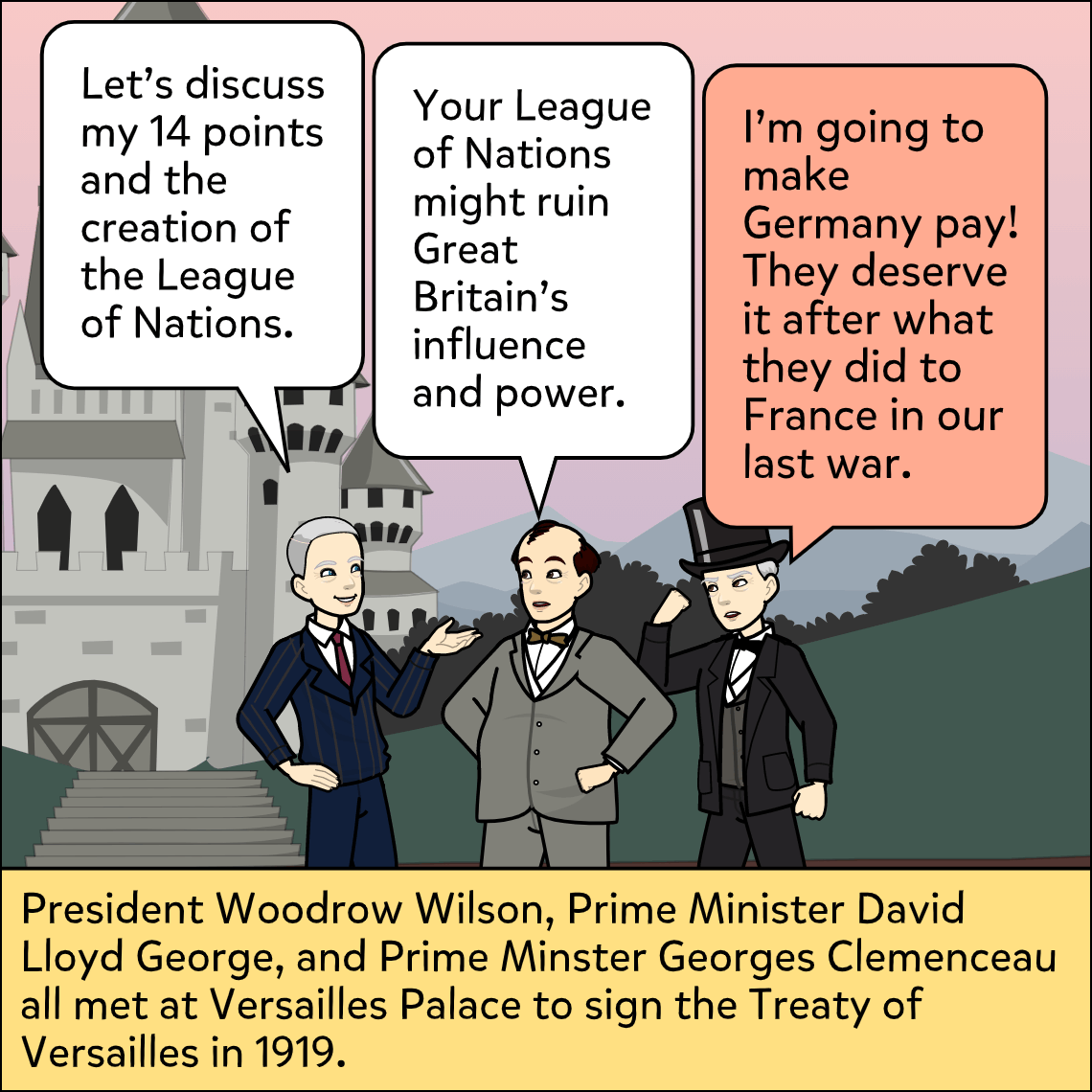 Hook: Tell students to imagine that their school bus wrecked on the way to school that morning. As a class, decide on a reason (cause) for the bus wreck. Now, ask students how the different participants (i.e. bus driver, parents, students) involved in this wreck will be affected the rest of that day. Possible effects could include:

Read and discuss the sample comic about the effects of WWI. Example: German economy was left in disarray at the end of WW1.

Activity: Have students develop a 2 panel comic highlighting one effect from WWI that ultimately led to a cause of WW2.

Closure: Print or digitally share student comics. Discuss which of these effects had the biggest impact on causing WW2.

Differentiation: Enrichment: After studying and learning about WW2, have students reopen the comic and add a 3rd panel to illustrate the effect/outcome Panel 2’s cause had in WW2. 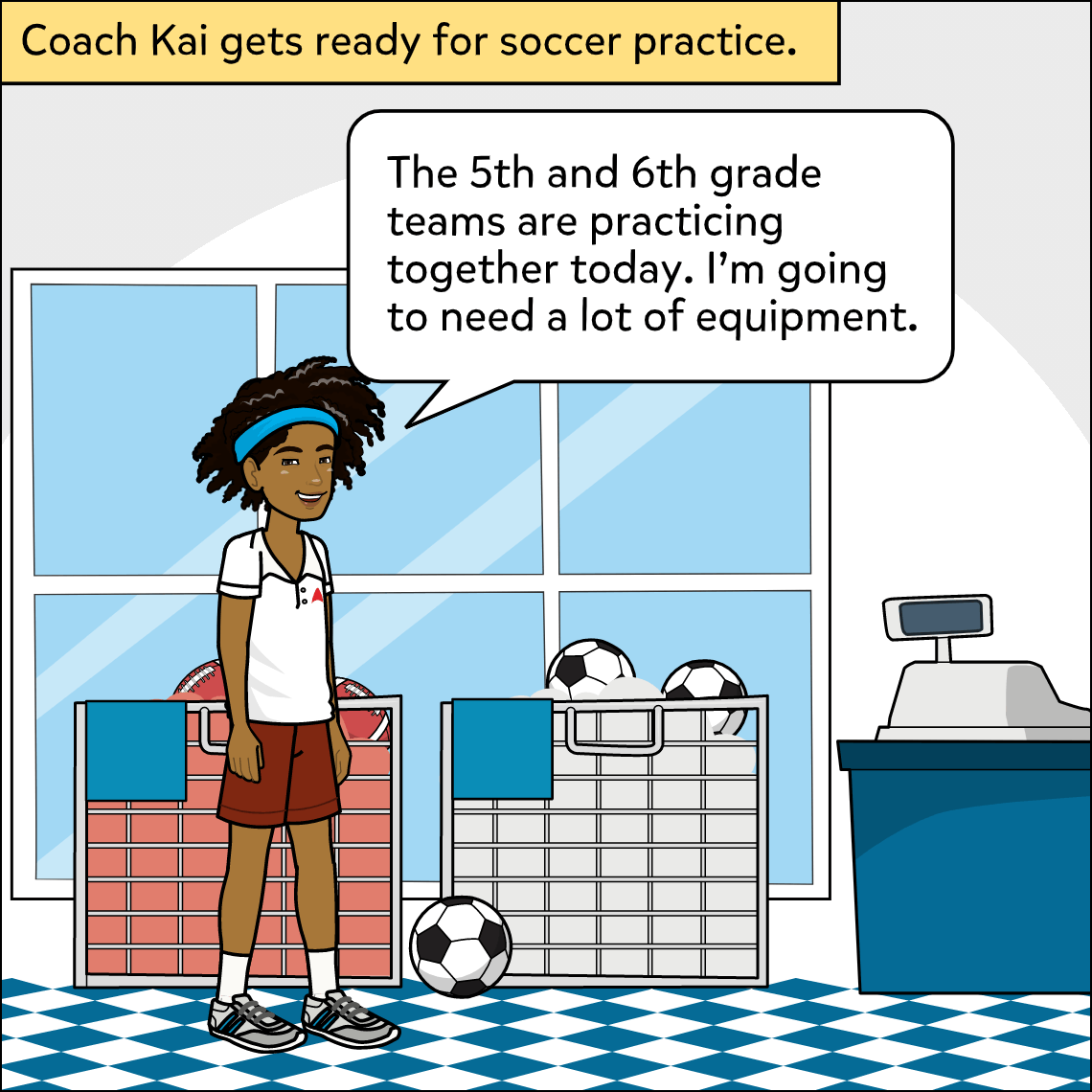 Students will use key words to solve word problems involving multiplication and/or division and create a problem solving comic of their own.

Role of Women During WWII

Students will recognize and understand the impact women had on the developing identity of the United States as it emerged from WWII as a World Leader. 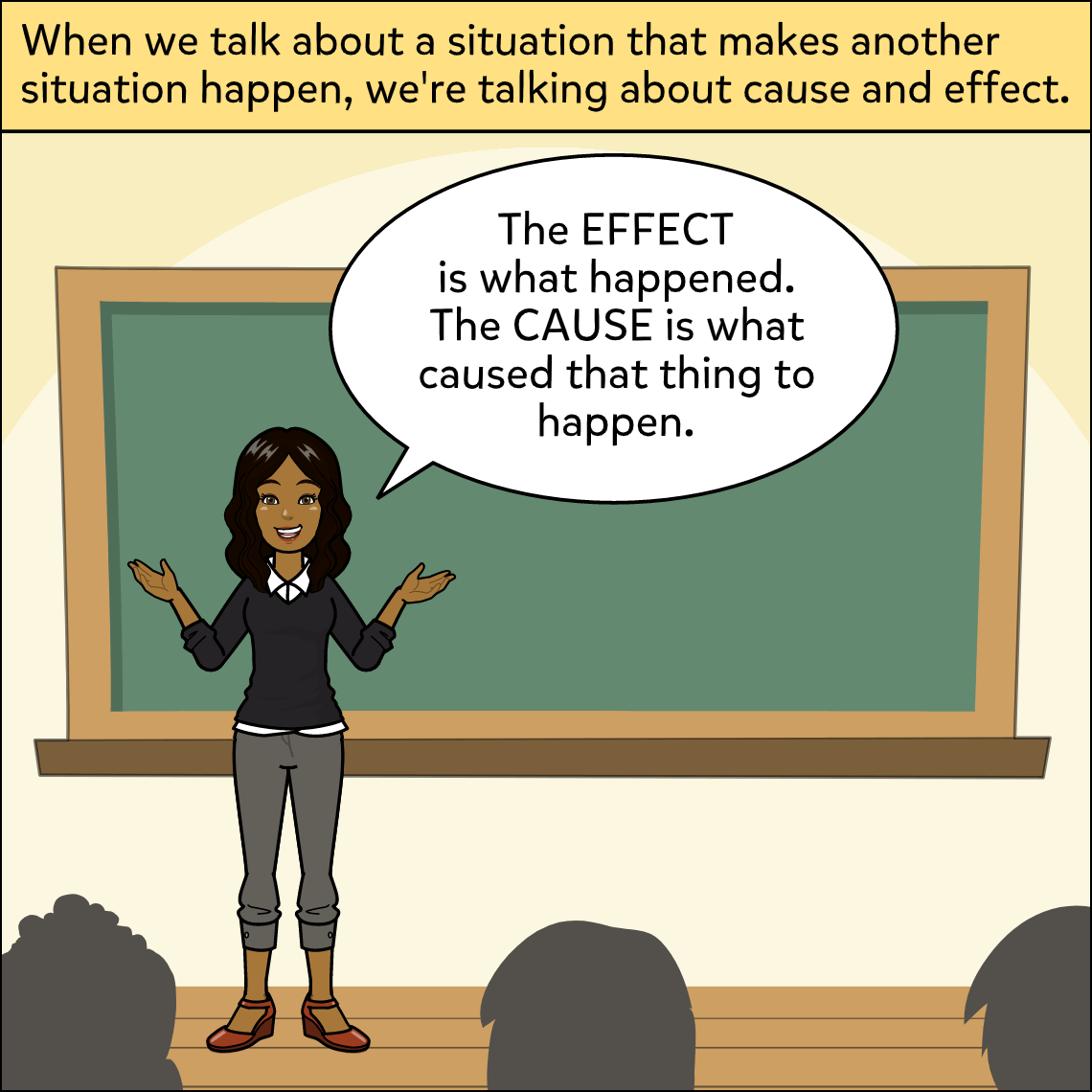 Students will learn about cause and effect words and use them in their own writing.